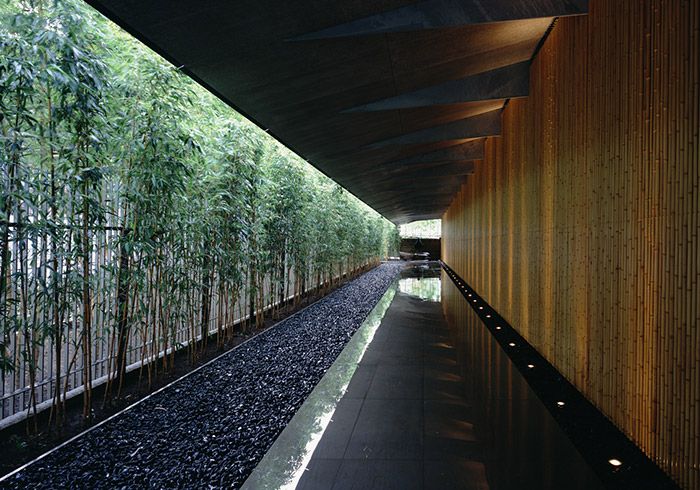 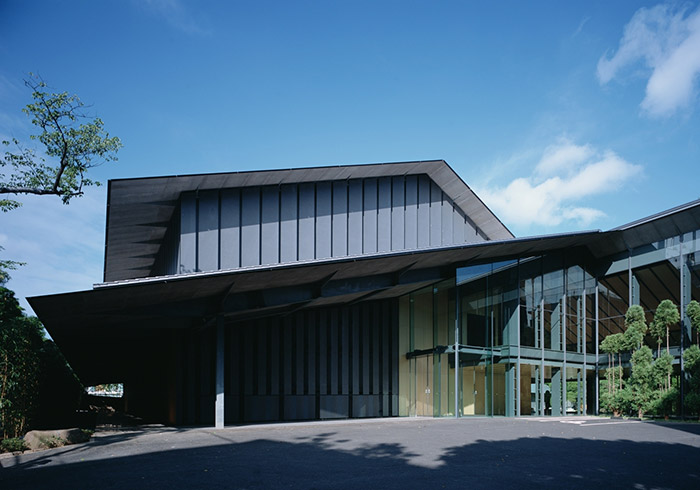 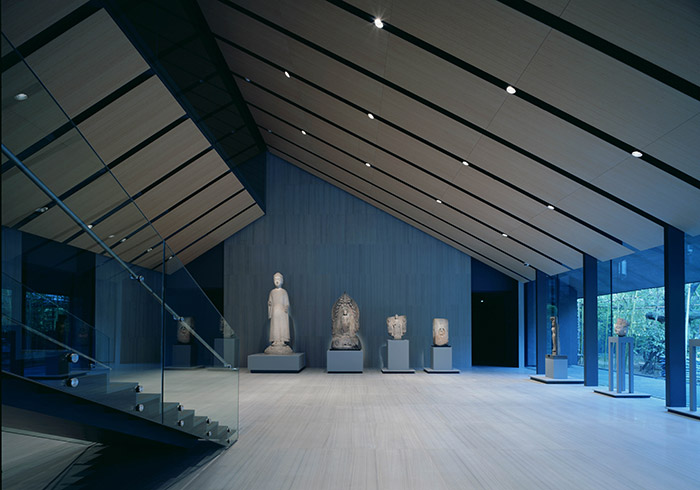 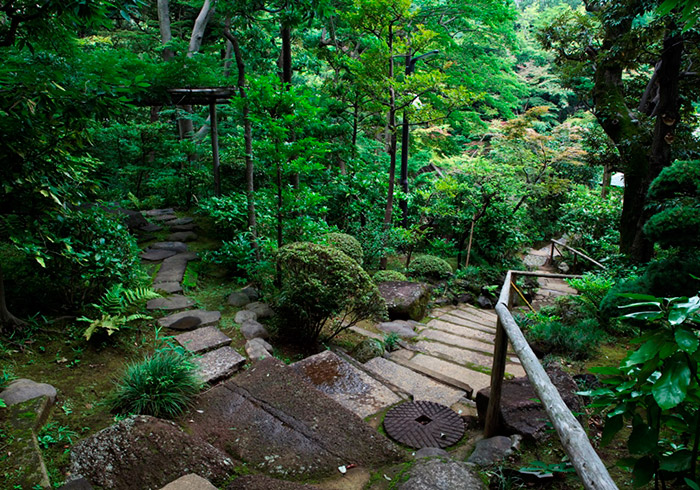 An architect conquers the world through his work. However, this museum started from the realization of architecture amidst the small-scale work Kengo Kuma undertook in the rural regions of Japan in the 1990s when he had no job. This inspired the titles of his books: “Anti-object” and “An Architecture that Loses.” The museum is housed in a phenomenal space, not a cement box, but akin to particles quivering in the air. This means that it is fine for the architecture to not be pronounced and to express defeat instead. This mode of thought spreads to the National Stadium that is now under construction. In the case of the Nezu Museum, this philosophy of the architect does not come forward too strongly, and it is thus a highly refined piece of architecture with a balanced expression. The thinness of the roof and various elements are pursued without a single careless detail. 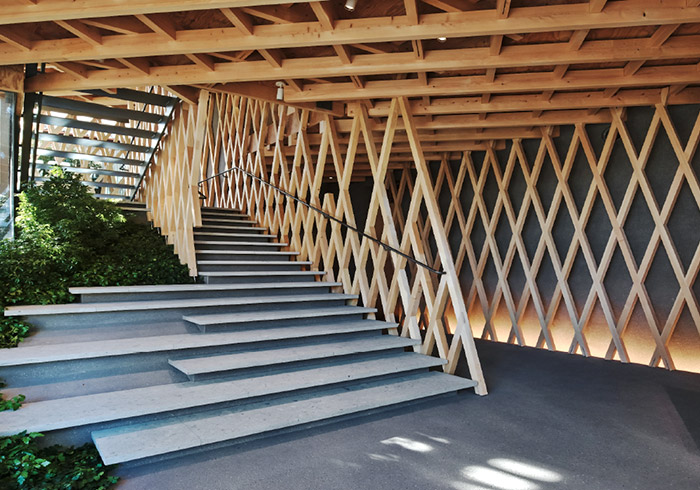 This is a pineapple cake shop, utilizing Japan’s traditional woodworking technique, the so-called “hell’s structure” of connecting wooden fixtures for its exterior and interior design. The intense wood elaboration of the three-layered external wall combined without nails makes this store stand out i 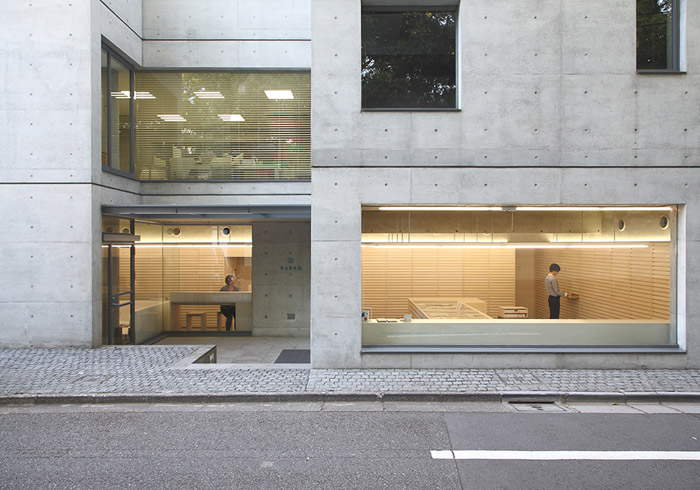 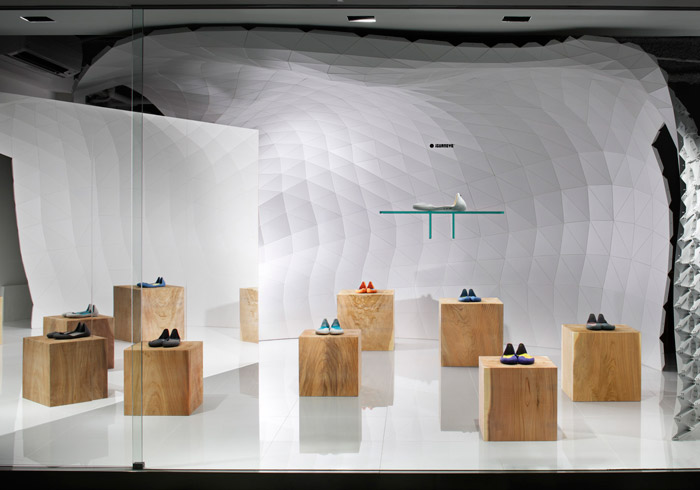 iGUANEYE, originally a footwear brand, designed by Olivier Taco from Paris, draws its inspiration from the lifestyle of the indigenous peoples of the Amazon The world’s first iGUANEYE store in Tokyo’s most bustling area called Aoyama dedicates its full space for the sales of the footwear. Precisely 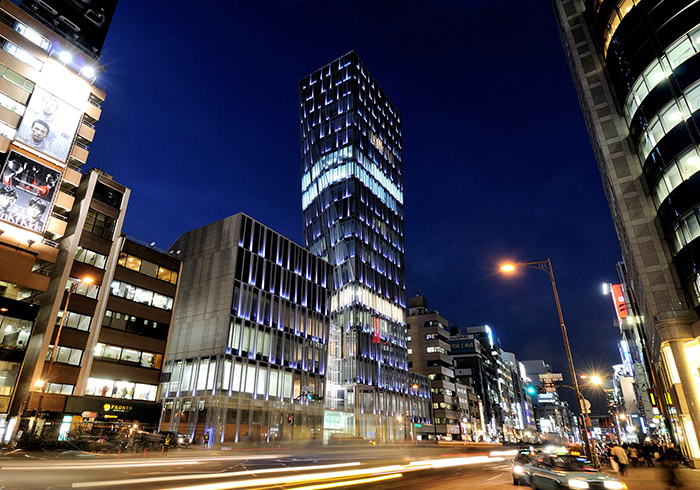