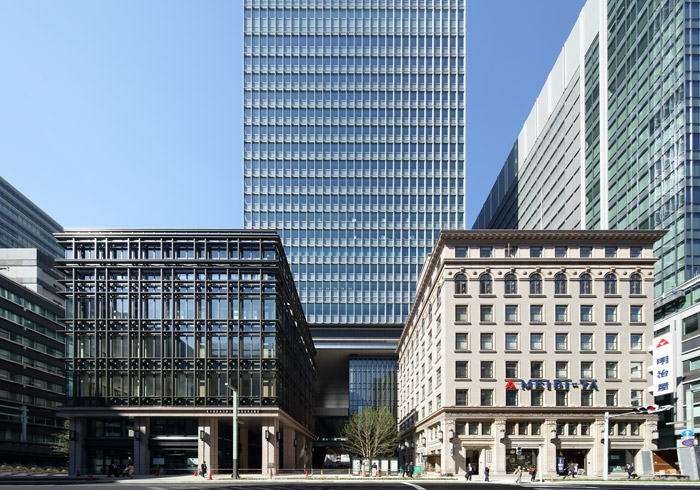 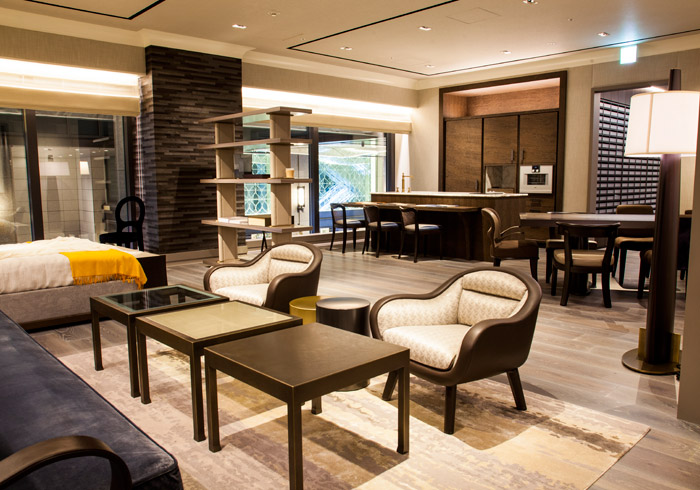 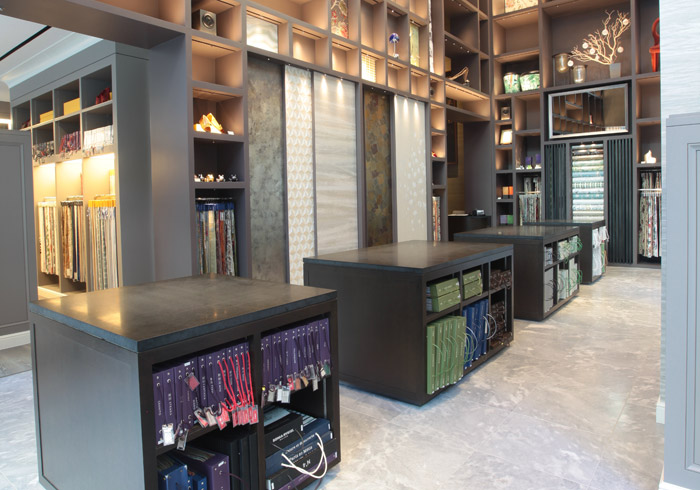 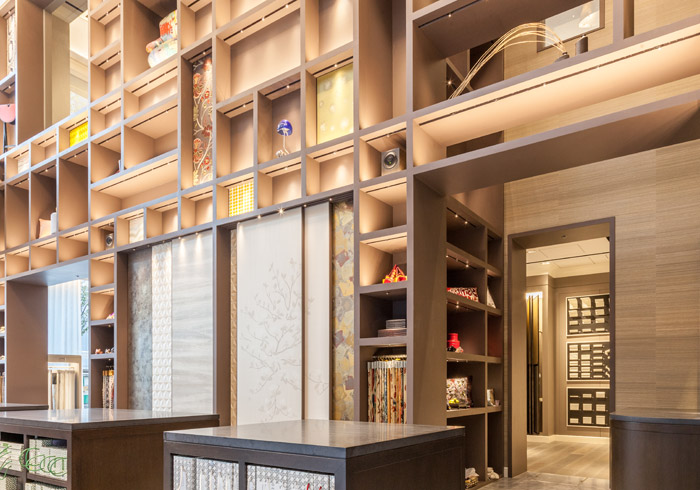 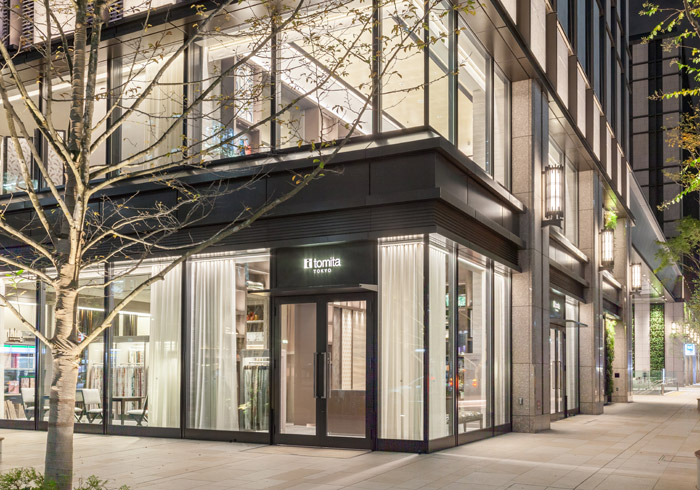 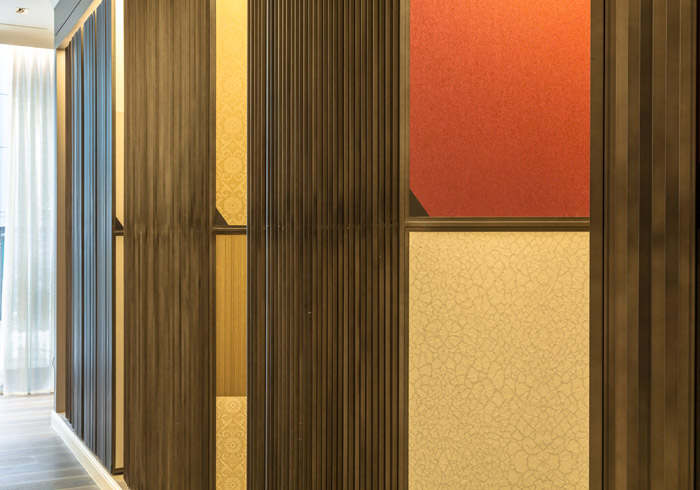 Kyobashi Edogrand is the most recent large-scale redevelopment project inside the city. While being close to Tokyo station, the Kyobashi area has not boasted of many large-sized office buildings until now. With many land and building owners in the area, in 2001, the “Town Development Review Committee” was created, followed by 15 years of consecutive dialog. As a result, two areas were completed: a preserved and recreated historical “Meijiya Kyobashi Building” and a newly-built redevelopment unit.
Many low-rise commercial facilities, abundant in greenery, are being created in the galleria space that forms the center of the town, but the “Tomita” showroom deserves particular mention. It has been 35 years since the company began exporting Japanese wallpaper made of traditional materials and labeled the “Japan Collection.” Tomita is Japan’s leading wallpaper manufacturer, but it is also an importing agent for European fabrics such as those by Pierre Frey. The company’s new showroom has become a space where one can experience the “classiest of all interiors,” a visualization of Tomita’s concept by an Italian designer Davide Sozzi. 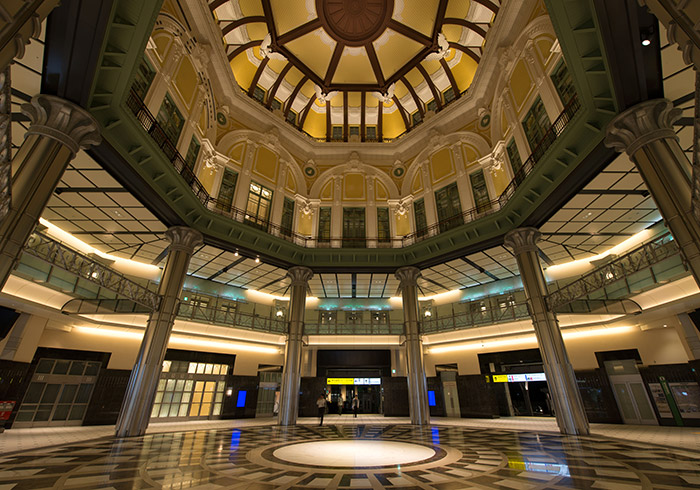 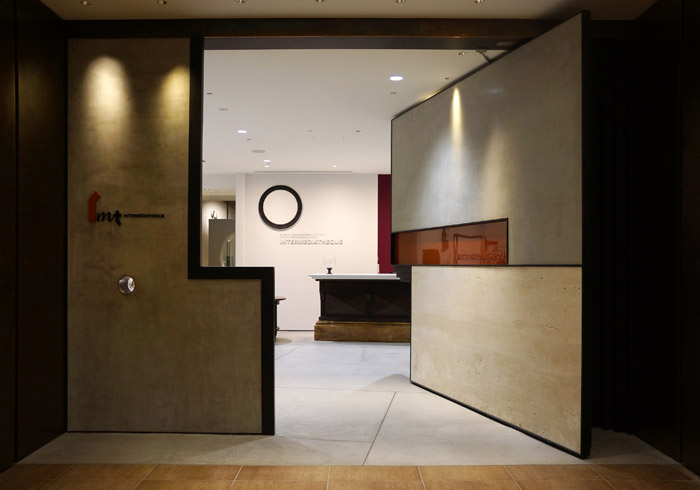 ‘INTERMEDIATHEQUE’ was established in the JP Tower which was developed from the former Tokyo Central Post Office building to a large-scale free-of-charge museum and a shop arcade ‘KITTE’. It was re-edited as a cultural facility attempting a dynamic synthesis with a commercial facility. Following the 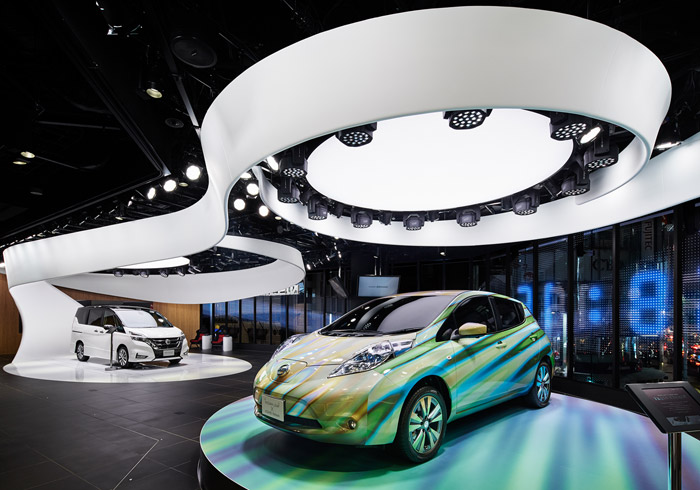 NISSAN CROSSING occupies the first two floors of Ginza’s new landmark—GINZA PLACE. The impressive appearance of GINZA PLACE—designed by Klein Dytham architecture based on the motif of “FRETWORK,” a traditional carving technique—matches with Ginza’s Tokyu Plaza Building that draws its inspiration fro 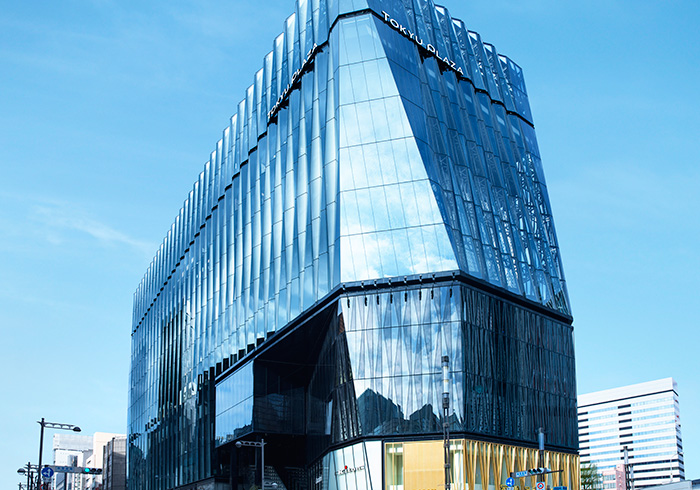 Tokyu Plaza Ginza is a large-scale commercial lease building, constructed in Ginza, a traditional commercial district of Tokyo. The complementary themes of its design are tradition and innovation. The external design is made to resemble the faceted glass of the Edo era, acting as a “container of lig