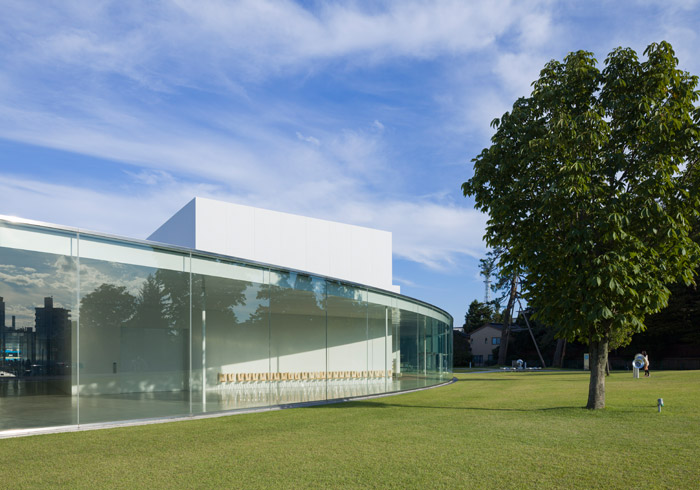 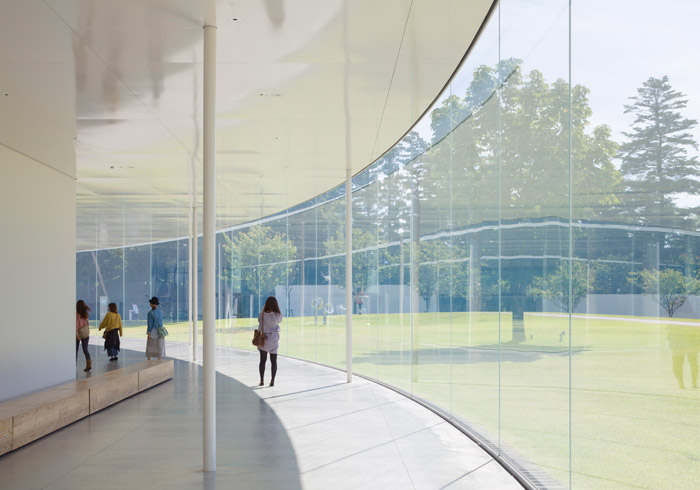 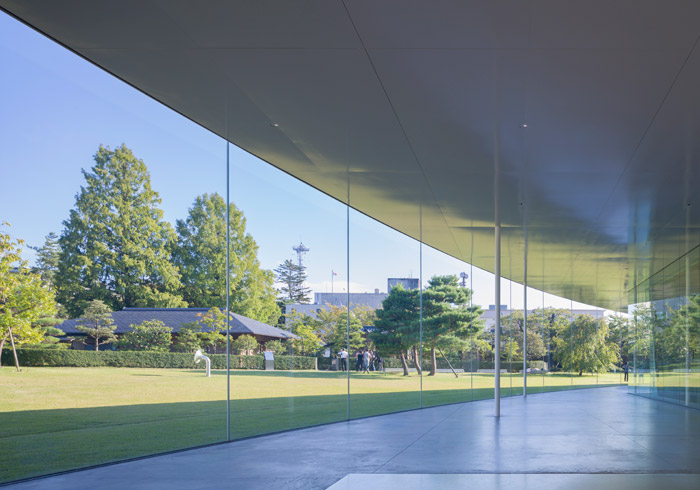 The 21st Century Museum of Contemporary Art, Kanazawa which has achieved fame as a one-of-a-kind museum and for being a bold initiative, boasts over two million annual visitors and is now a sightseeing highlight in Kanazawa along with Kanazawa Castle and Kenrokuen Garden. This could be accomplished because of its novel concept that provides increased opportunities for physical activities and inclusiveness, gaining popularity among the locals and elementary school children, and its innovative curation process. The success of this museum can be attributed to the work presented by a unique alliance between its architects—Sejima and Nishizawa—and to the project planning team’s vision, which focuses on showing not the shape but its circumstances. Following the planning of permanent expositions by Kapoor, Eliasson, and Turrell, leading specialists of spatial design were invited to organize the space in consonance with the authors’ vision.

Even though it may be inappropriate to discuss the cost, we intend to mention cost effectiveness as an added value of the Museum’s appeal as a space that attracts people. The construction cost of the museum was only 8.4 billion yen (1.6 million yen per square meter), which could be considered standard for such a project. However, when the investment is considered with respect to the customers visiting the museum, it is observed that it has provided unprecedented benefits to the city of Kanazawa. For instance, the much discussed Elbphilharmonie by Herzog and de Meuron, situated in Germany, is facing immense opposition from the citizens due to the enormous increase in costs and the delay in construction. Its initial budget of 77 million euros (9.45 billion yen) increased to 114 million euros and further to 789 million euros (97 billion yen), and its completion was seven years behind schedule. The aggrandizement of this project’s budget is far beyond that of Zaha Hadid’s architectural proposal for the New National Stadium. In contrast, we can say that this museum architecture by SANAA should be highly evaluated for its compatibility of Economic efficiency with sociality. 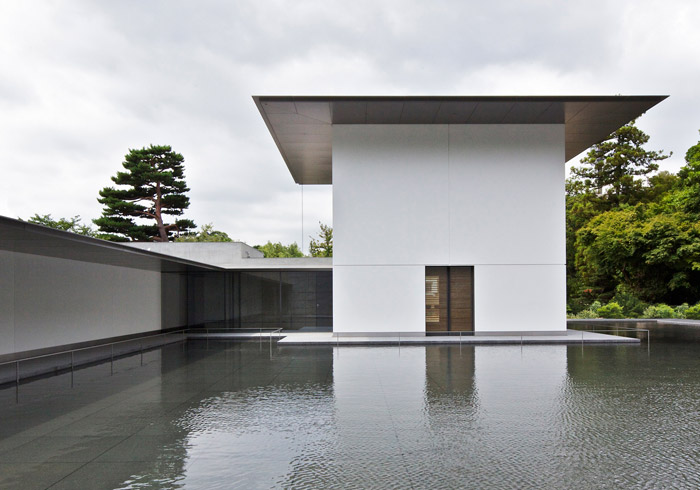 Architectural design by Taniguchi Yoshio has a strong connection to Kanazawa, the birthplace of his father, Taniguchi Yoshiro. It creates scenery that invokes the images of Kanazawa through stone walls and water scenes with green slopes stretching from the highlands in the background. The designer’s 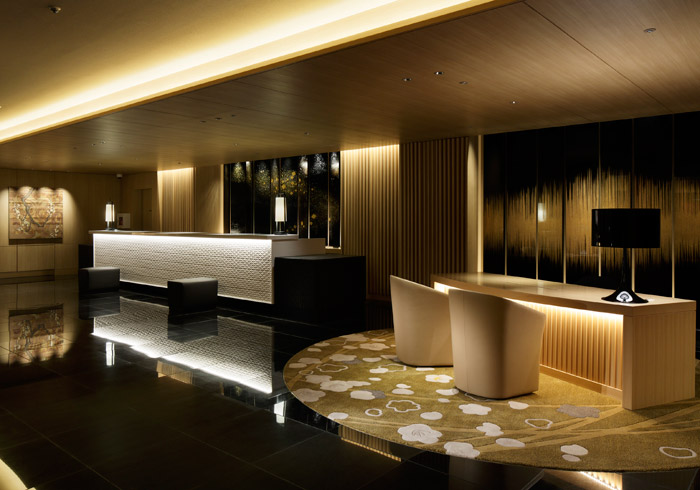 To celebrate the 30th anniversary of the establishment of the Kanazawa Tokyu Hotel and the recent launch of Hokuriku shinkansen, an express train connecting Tokyo and Kanazawa, the hotel has been renovated to create the sensory space expressive of the brand’s policy: “hospitality through trust and i 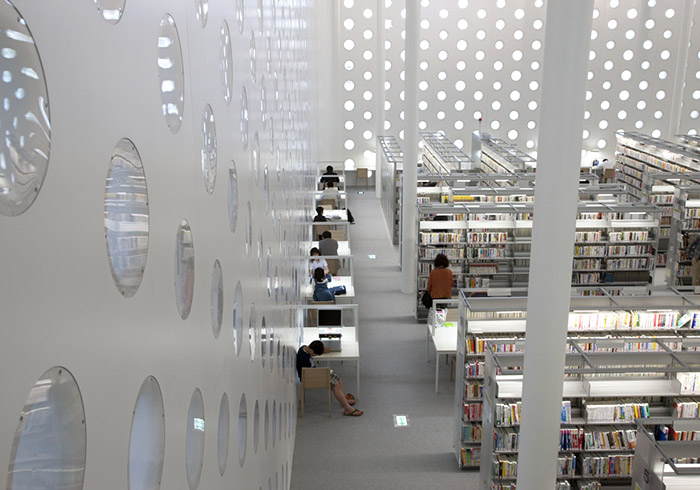 In 2012, the Kanazawa Umimirai Library was selected as one of the world’s 25 most beautiful public libraries. Three floors and a large vault are positioned inside a 45m × 45m × 19m cuboid patterned with multiple apertures. The general reading rooms are located on the second and third floors while ne 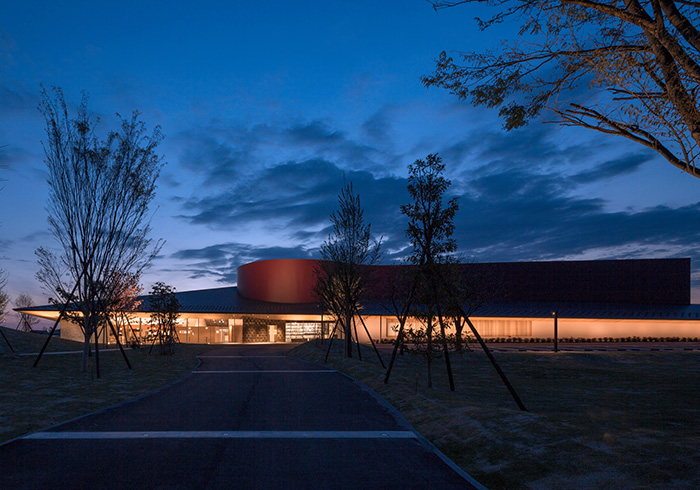